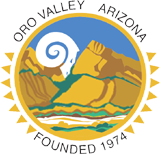 Oro Valley, Ariz. (October, 2012) — Arizona Distance Classic half marathon, quarter marathon and 5K celebration organizers named Lou Waters, Oro Valley Town Councilmember and Vice Mayor, its honorary race director for the 9th annual event on March 24, 2013. In his semi-retirement from an immensely successful 40+ year career in journalism, Mr. Waters has dedicated himself to maintaining and enhancing the prosperity of the Town of Oro Valley. He is a long-time fitness enthusiast who passionately advocates the establishment of healthy lifestyle for people of all ages, particularly for those in their "golden" years. Councilmember Waters grew up in Minneapolis and attended the University of Minnesota where a job on campus radio began a career in broadcasting that included positions at Tucson’s KVOA, KOLD, and nationally televised ABC, CBS and CNN platforms. Among his many awards and achievements is a prestigious induction into the Broadcasting Hall of Fame in 2005.

Arizona Distance Classic Race Director, David Babner states, “We are honored that Councilmember Waters and the entire Town of Oro Valley leadership and staff are so supportive and enthusiastic about this event. Mr. Waters is an active and passionate advocate for the active, healthy lifestyle that this event celebrates. We are thrilled that he accepted the appointment of Honorary Race Director for the 2013 celebration.”

The Arizona Distance Classic, described as the most scenic Arizona race event of the year, takes place just north of Tucson in Oro Valley. Drawing walkers, runners and wheelchair racers of all ages and fitness levels locally and from around the country, the Arizona Distance Classic benefits the Leukemia & Lymphoma Society, the Christina-Taylor Green Memorial Foundation, and the Angola Project.

The Arizona Distance Classic is a true Celebration of the Healthy Active lifestyle. The breathtaking course is open and fully supported for 4 hours. Plentiful aid stations and cheer groups line the course through the foothills of the stunning Santa Catalina Mountains. At the finish line celebration, every participant receives the ultimate huge finisher’s medal and bountiful post-race refreshments. 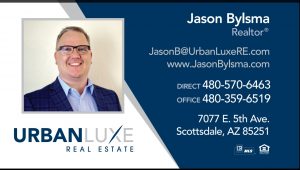 This page printed from www.arizonadistanceclassic.com
© Copyright M3S Sports, LLC. All rights reserved. No unauthorized reproduction of any images or content without permission.
Website by Attention Web & Graphic Design—Professional design you can afford. www.attentiondesign.ca.